Loading...
Skip to content
Trending
The Most Intimidating NHL Players Right Now
Compensation for Emotional Distress After a Car Accident
Does Physical Therapy Work on Neck Pain?
Things to Note When Answering SAP C_TFIN52_67 Exam Questions
Is Rapid Weight Loss Good for Our Health?
The Best Indoor Plants That Will Make Your Life Healthier!!!!
Impressum in detailed information and explanation:
Top reasons you are having frequent plumbing problems:
How to Choose the Best Blackout Curtains?
Muama Ryoko review 2021: is it worth your money?
Home » 7 Beautiful Examples of Responsive Web Design 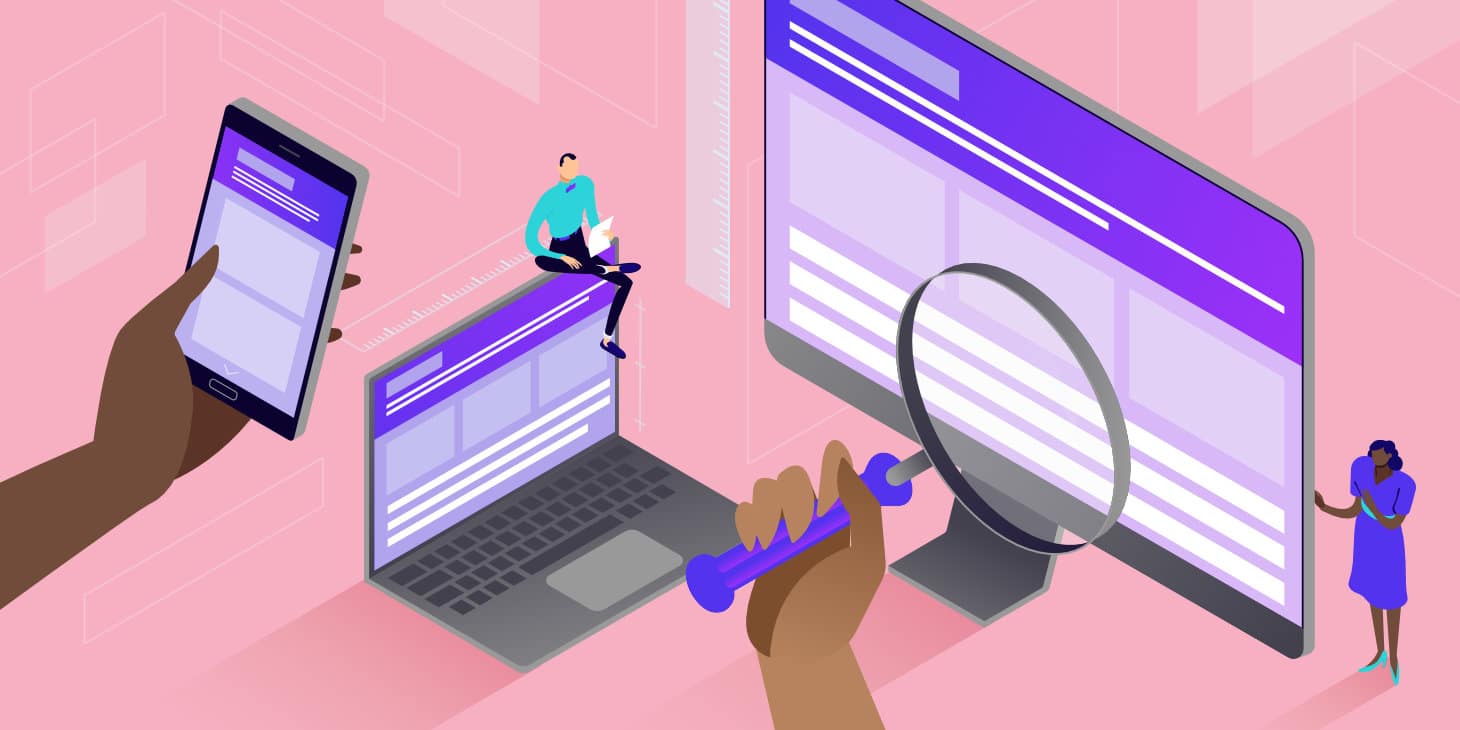 Having a modern website design that looks good both on desktops and on mobiles is crucial nowadays. After all, people spend more time on their smartphones than they do on their PCs, simply because it’s more convenient. However, that doesn’t mean desktops aren’t important. A lot of businesses in the biggest US cities have following the latest trends and checking the best web design agencies can help you get a clearer picture of how popular web design should look like.

Although many people prefer making static websites, due to cost constraints, some companies that offer web design services might recommend you opt for a responsive design.

What exactly is responsive design? Let’s figure that out together.

What Is Responsive Design?

We mentioned that some companies prefer creating static websites. However, there’s a problem that comes with that choice. You see, devices come in all shapes and sizes. From desktops to tablets to smartphones and even smartwatches.

Making a static website that accommodates all of these different dimensions can make your site look unnatural and counter-intuitive, therefore worsening the UX.

Responsive design solves that problem. By definition, responsive web design is a web development approach that creates dynamic changes to the appearance of a website, depending on the screen size and orientation of the device being used to view it. There are not so many companies that can give you the most impressive responsive designs, but some of the top marketing companies started implementing new techniques to improve the website’s current design and take it to the next level.

In other words, through media queries, fluid grids and flexible visuals, a site built with responsive design is able to adapt to all different screen sizes.

This ensures that your website’s design looks natural across all types of devices. And, as you might have guessed, a responsive design also enhances user experience.

Let’s check out some examples.

Slack is a messaging app that makes the communication between the team and other workplaces more efficient, compared to other communication platforms.

This app has been around for a while now. And despite the apparition of new devices of all shapes and sizes since this platform had first launched, Slack is still easy to use and intuitive.

The call to action button is shaped differently on a PC compared to tablets and smartphones.

The button only takes up a small portion of the screen on desktops, while on mobile devices, the button spans across the width of the screen.

Also, remember when we talked about what makes a website responsive? We mentioned fluid grids. Well, that’s exactly what Slack does.

Notice how, on desktop, the customer logos are displayed in a six-column layout. Whereas on mobile, the logos are condensed into three columns.

Those are prime examples of what a responsive website should look like. If the call to action button looked the same on mobile as it does on PC’s, you would probably have some trouble reading what it says.

Shopify is an eCommerce platform that allows anyone to set up a store to sell their products online.

Shopify serves as another great example of how a responsive website should look. What makes this site stand out, is its menu bar at the top of the screen.

On the desktop, the menu bar is divided into two parts. On the left side of the screen, there’s one set of options, while on the right there’s another.

On the mobile version, everything is more simplified. On the left side of the screen, there’s nothing but the logo. On the right, besides the login button, you can see a hamburger menu icon.

The same as Slack, Shopify also makes use of fluid grids. As you can see, four columns appear on desktop, while on mobile, there are only two columns displayed.

Dropbox is mainly used as online storage, so users can keep files in sync between their personal devices and the cloud.

On the desktop version of the Dropbox website, there’s an entire sign-up form displayed on the screen. On the mobile version, that form is hidden behind a call-to-action button. They designed it this way to deal with the lack of space on smaller screens.

Why didn’t they include a CTA button on both versions? On a PC, the signup form takes up nearly a quarter of the screen ― it’s the first thing you see when you enter the website.

The same thing goes for the mobile platform. Although the CTA button on mobile is much smaller compared to the sign-up form on desktop, they still managed to emphasize it by changing the background color of the button to create high color contrast and attract the user’s eye.

On PC’s, you are greeted by four columns of items when you enter the site. However, on tablets and phones, there are only two columns on the screen. The reason they did that is to make the screen feel less cluttered on mobile devices.

Wired is an American magazine that focuses on politics, the economy and how the advancements in technology affect culture.

Continuing the example that Dribbled has set, Wired also focuses on simplifying their page on mobile platforms. Besides that, Wired did something quite clever.

They saw the lack of space that mobile devices come with, as more of a benefit. But what’s the benefit? Well, they can emphasize their top stories better, compared to desktop.

Think about it, due to the lack of space on mobiles, you wouldn’t get distracted by other stories that appear on the side, like on desktops. The moment you enter the site on mobile, only one story is displayed in front of you, making you focus most of your attention on it.

When creating a website that is tailored to both PC’s and mobile devices, deciding on the text layout can be quite tricky.

There are many factors that need to be considered, such as word count, how much text the user should read at once and visual elements.

Maintaining a balance between visual elements and text is quite difficult on mobile phones.

Also, notice how the grid structure has changed. On desktop, the images are displayed on two to three columns. However, on mobiles, everything is displayed in one column.

When entering GitHub from a desktop or phone, the first thing you are going to see is a description of what they do and a call-to-action-button that prompts you to sign-up.

There’s not that much of a difference between PCs and mobile devices, right? Well, notice how the image is rotated on desktop in a way so you can see the entire picture.

Also, notice how the menus differ from one another as well. On mobile, most of the menu is hidden behind the hamburger icon. Whereas on desktop, all of the menu items are displayed on top of the screen.

If you’re wondering whether you should use responsive design for your own site, the answer is yes.

As these examples have shown, responsive design can help elevate your website, improve the user experience and keep your customers coming back time and time again.