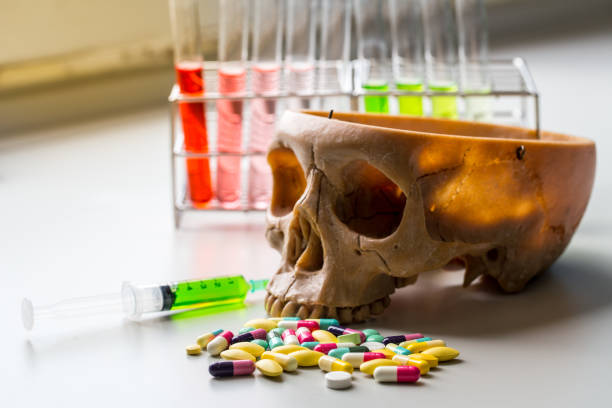 Cocaine is derived from the leaves of the coca plant. Cocaine, also called coke, crack, or blow in slang language is a stimulant and one of the most addictive drugs in the world. Nowadays, especially during and after the pandemic, drug peddlers mix cocaine with highly potent substances like amphetamine or fentanyl. This has led to many drug overdose cases, as users are unaware they are taking mixed cocaine.

Cocaine addiction is intense; so are its withdrawal symptoms. Addicts usually snort the powder, smoke it, or inject it. Some users combine cocaine with heroin.

Cocaine is notorious for its euphoric effect. Over time, your brain becomes tolerant and you need more frequent and higher doses.

If you or somebody you know has begun to increase cocaine doses and is at risk of overdose, call the addiction hotline immediately.

Pink cocaine is a synthetic substance. It is classified as 2C drugs, called phenylethylamine designer drugs. It is a stimulant too but is not related to cocaine. This one is different.

Pink cocaine is popular as a party drug. You can find it circulating in rave parties and clubs. People also use it as an alternative to Ecstasy (MDMA).

If you or somebody you know has begun to increase cocaine doses and is at risk of overdose, call the addiction hotline immediately. Meanwhile, if you want to begin doing rehabilitation and feel shy about visiting a doctor physically, we highly recommend you to take the other options available like an online suboxone clinic which can help you at the comfort of your own home

Drug for “fun and party”

Due to the fact that pink cocaine is popular at parties, it can sometimes be difficult to convince an addict to enroll in a rehab program. Many youngsters consider it a “trend” or “fad” to take such drugs. Users even combine pink cocaine with LSD or ecstasy for doubling the effect. They fondly call it “banana split” or “party pack.”

According to doctors, such drug combos increase the risk of overdose and adverse effects. Besides, as a California drug rehab specialist puts it, it becomes all the more complicated to treat a double or combo drug addiction. The withdrawal symptoms are highly intense in this case.

It is said, “mind can move mountains.” But in the case of cocaine, the mind becomes so altered thanks to cocaine’s ability to bind with brain receptors that it does not want to move the mountain. Instead, it just wants to climb the “peak” and stay in a “high.”

That’s why cocaine withdrawal requires an exclusive medical team who works on the patient through therapies like drug detox and MAT to bring the brain back to its “normal senses.”

The withdrawal symptoms can be terrible. However, the rehab team is an expert in handling terrible situations. In fact, they are apt in making things safer and more comfortable for a patient.

If you wish to De-addict or know somebody who needs de-addiction urgently, just search for a “drug rehab near me”.