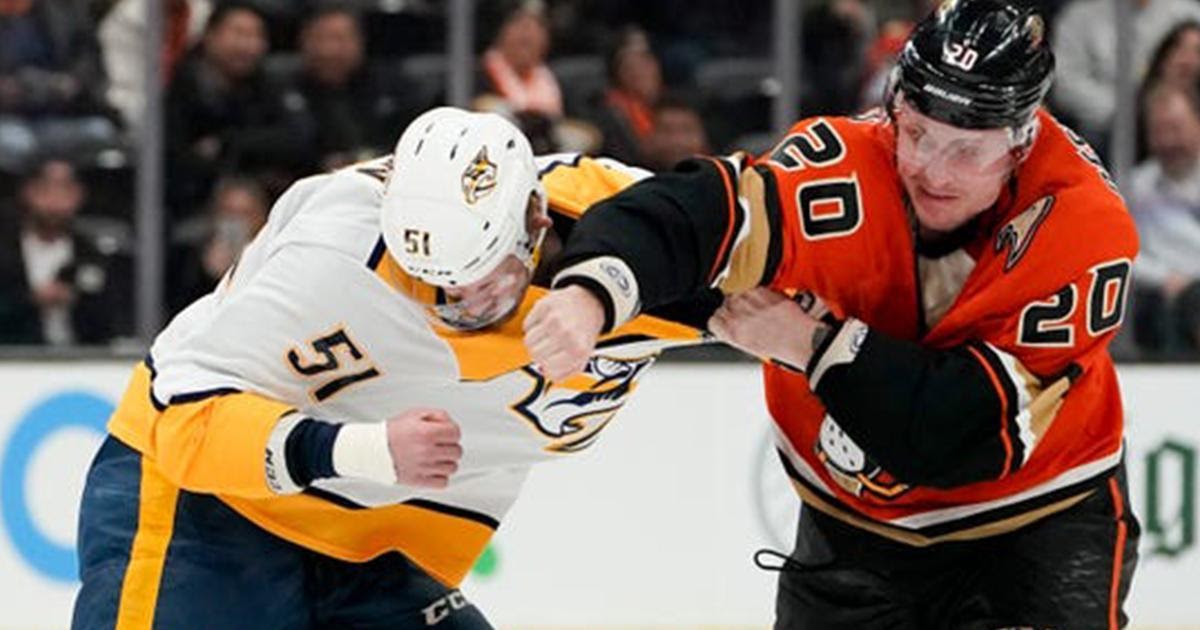 The NHL is full of some absolute brutes, so it is definitely safer to be sat behind the glass at some of these games! However, for those players that are on the ice, there’s just no hiding. With fights breaking out in games all season long, along with the overall level of violence/intimidation with some players – we’ve been able to construct a list of the most intimidating NHL players right now. Why, well let’s admit it, some action on the ice makes it all so much more exciting to watch and if you’re into betting, the experts even advise you to look for odds on NHL games with these players. As it seems, with these guys on the ice, a lot can happen, not only on the ice, but also with the odds!

With that said, let’s take a look at some of the most ruthless NHL players currently on the ice in 2020;

Nobody would want to make this man angry since he is around 220lbs and 6ft 3 inches. He’s not exactly somebody who shies away from a scrap either, as he leads the pack by far in terms of how many times he has let the punches fly this season.

It would seem that it doesn’t take much for Nicolas to take his helmet off and get ready for action, and he’s been involved with 10 total fights this season. So while he may not be the most skillful player in the league, he’s undoubtedly the one who puts it all on the line for his team.

Austin has got a more slender frame than Deslauriers, but he’s arguably just as violent. He’s still over 200lbs too, so it’s not like it won’t hurt if he chooses to go for you! He’s also been involved in a total of 5 fights this season, showing that he will go all out for his team on several occasions.

Oh yes, he has gone head to head with deslauriers just a few weeks ago too – so he’s not afraid to go head to head with the crème de la crème of hockey fighting. He might not have landed as many punches as Deslauriers in this one, but he’s got the heart – you have to give him that!

Brendan Lemieux may look like a friendly guy, but he can turn on a dime and let the punches start flying when he chooses too. He’s also had the delights of 5 scraps this season, and we’re only in January! Brendan will surely headline a few more fight nights as well, so he won’t be calming down in a hurry.

He’s a bit of a muscle bound guy too, so when he connects with some of his blows you might just be hitting the deck pretty soon! This is to be expected really, given his 213lb frame and over 6ft figure.

Haley might not be as big as the first few guys on this list, but he can be a bit of a terrier when he gets going. He’s had 4 fistfights this season, and it would seem he chooses to delight the home fans with this method – since 3 out of the 4 have been on home ice.

The New York crowd certainly enjoy Haley’s thirst for aggression, and the Rangers will no doubt enjoy it too since he regularly helps to upset the opposition and disrupt the game.

In contrast to Haley, Calvert prefers to let his aggression run free when he is engaged in away games. Maybe he just doesn’t like to spill blood on home ice? Who knows, but he can be lethal when he wants.

He’s a bit of a smaller guy, standing at 5ft 11 inches and weighing just 183lbs. Yet this can have its advantages too, as he regularly goes for the rapid-fire approach with his blows and he has a lower center of gravity. This allows him to stay upright when targeting the body, and he’s been successful on numerous occasions this season.

Ross Johnston is definitely not a guy that you’d want to meet in a dark alley, not if you want to keep your head about you anyway. If you did have that experience, you’d probably think that you were walking towards some form of a gladiator. Johnston is an absolute monster, raining down punches from 6ft 5 inches tall and 235lbs.

He’s probably more suited to heavyweight boxing than ice hockey, which doesn’t bode well for the guys that he wants to punch!

Ice hockey has always been full of brutes throughout history, and it would seem that this trend is continuing as we proceed into 2021.