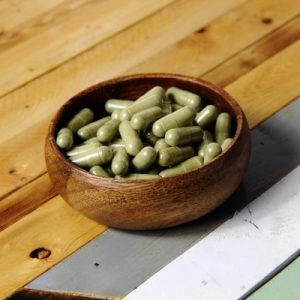 Other than cannabidiol, kratom is one of the natural products creating waves in the herbal medicine niche. It seems many people are growing to like this essential natural remedy with an impressive utility. But kratom is not a recent discovery. Communities in the tropical regions of the Southeast Asia have been cultivating and using kratom for several decades. As a result, they have developed various ways to consume and benefit from kratom. Some users prefer the leaves while other prefer the stem or the roots. It can also be made into various formulations such as tea, tincture, or capsule to enhance the consumption.

In this article, we will provide an overview of kratom and give you the necessary information that you need to help you get started with kratom.

What is red kratom?

The kratom species are named based on the color of the leaf veins. Sometimes the color of the vein is the same as the color on the stems. Interestingly, the different varieties are simply the same plant harvested at different stages of development. The young kratom plant has white veins. When it is harvested at this period, it is called the white vein kratom. When the plant is developing to adult stage, the veins are green and the plant material harvested at that time is called the green kratom. Upon attaining maturity, the veins turn red. The plant is then referred to as the red kratom.

How does red kratom differ from the other kratom strains?

The red kratom differ from the green and the white strain in terms of physical appearance and chemical composition. The appearance is easy to identify. The veins of its leaves are red unlike the white and the green veins of other kratom strains. Chemically, the differences are major and are the contributing factors in how the red kratom differ from the other two strains in mechanism of action. For the mature red vein kratom, the alkaloids have matured. As a result, they are more potent and when consumed, they guarantee more intense effect. These differences are so marked that they may inform the choice of the kratom strain that you can buy.

What are the uses of red kratom?

Often when people buy red kratom capsules, they already have an idea why they are buying kratom and for what purpose they are going specifically for the red kratom. Here are some of the reasons why you can buy kratom capsules.

Pain management is one of the therapeutic interventions that are the selling points of kratom. The kratom plant has opioid-like effects and will act in your body just like the typical opioid medications such as codeine. The red kratom is preferentially in the management of severe ad chronic pain compared to other kratom strains. It is no wonder many people with chronic pain symptoms are buying wholesale red kratom capsules.

The red kratom has a role in mood stabilization. The effect on mood comes secondarily as a consequence of its euphoria-enhancing effects. As a result, you can buy the red kratom when you want to keep your body and mind in a relaxed state.

The sleep enhancing benefits of kratom are based on the fact that kratom causes sedation. The sedating effects are more pronounced with red kratom. When taken in regulated amounts, the red kratom can help you sleep better. You can buy kratom capsules for sleep readily from any store that is legalized to sell kratom.

Common side effects of red kratom

Perhaps the major side effect is also one of its benefits. Since the red kratom causes sleepiness, sedation, and drowsiness, it is not the most ideal for users who want to rejuvenate and go on with their daily duties. It is sed by people who have finished everything and are ready to relax.

There are many legal stores for kratom where users can buy red kratom capsules comfortably. These stores are distributed across the United States. For convenience, be sure that the sale and use of kratom is permitted by the law in your State of residence so that you can maintain a controlled and healthy consumption of your red kratom capsule.