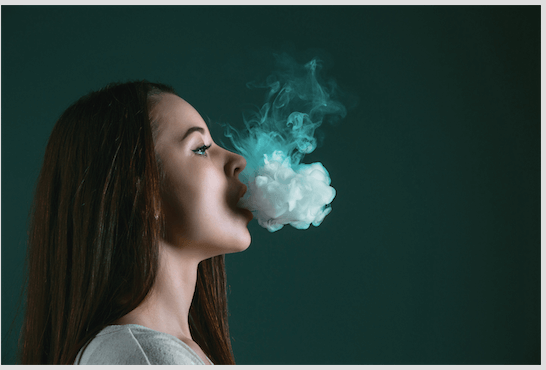 The United States’ emergency ban on e-cigarettes has thrown the country into the center of a highly contentious debate over the future of vaping in the country. However, the problem is far wider and deeper.

It is a multimillion-dollar project in which tobacco business lobbyists attempt to lessen the vapor trade’s appearance.

Tobacco and vaping businesses have spent hundreds of thousands of dollars on lobbying, political advertising, and advocacy initiatives in the United States. Yet, despite vaping activists’ best efforts and significant growth in Puff bars and online vapes stores, the tobacco industry has succeeded in legitimizing substantial prohibitions.

These law regulations in all areas frequently destroy small vape shops and force many people into bankruptcy. In addition, the online sale of vape products is also jeopardized due to the US mail and delivery services ban.

From The Past To The Present, The Great Vaping Panic

The challenges began in 2009 when President Obama signed the Tobacco Control Act, which imposed new limits on all tobacco products sold in the United States.

Unfortunately, through bureaucratic sleight of hand, the Food and Drug Administration then decided that all vaping products, even those containing no tobacco, would be regulated as if they were tobacco products.

As a result, the vape store owners considered this regulatory overreach to be unlawful. This regulatory menace had threatened to drive every small vape company in the United States out of business.

It is difficult to list all the prohibitions by the American States or American Presidesd Administrations vape bans. That is a long list. Still, the biggest impact on the Vaping industry will have the FDA’s future decision.

Many vaping products are still awaiting approval. However, E-cigarette businesses, including the most well-known vape brands, claim that their products are safer than traditional tobacco products such as cigarettes.

As a result, the FDA has been assessing around 6.5 million goods manufactured by over 500 companies to evaluate whether they are suitable for the protection of public health. Some products would have to be withdrawn from the market in the most serious cases.

If the decision favors lobbyists against the vaping industry, we can expect a fall on the small vape e-fluid producers, puff bars, and vape online stores owners.

In Reality, What Is Vaping?

Vaping is the process of heating an e-liquid and converting it into an aerosol (vapor), which the user inhales. Vapers inhale e-liquid with e-cigarettes or other devices like vape tanks, pod mods, and the newest disposable devices.

E-liquids were available in a variety of flavors, nicotine dosages, and nicotine-free options. To put it another way, vaping is not the same as smoking tobacco products. Nearly 80 percent of today’s vapers use nicotine salts, which have become increasingly popular.

Interestingly, the United Kingdom government advises that vaping is better than nicotine replacement treatment for quitting smoking. It also recommends that persons who smoke should switch totally to vaping but that people who have never smoked should not start vaping.

Despite being used safely by millions of people worldwide for over a decade, vaping has become exceedingly harmful in some parts of the United States. Unfortunately, this absurd statement is the message that has been given to Americans.

What Is The True Risks & Danger of Vaping?

Vitamin E acetate is utilized as an ingredient, most notably in THC-containing e-cigarette and vaping devices available on the underground market. However, inhaling vitamin E acetate is dangerous and has been related to lipoid pneumonia, which can be deadly.

The health concerns of vaping are becoming more apparent, and they are similar to the risks of smoking. Nicotine usage, especially among teenagers, has extremely harmful acute and long-term health consequences.

Nicotine is especially dangerous for teenagers because it interferes with brain development, wreaking havoc on the parts of the brain that regulate attention, learning, and impulse control.

According to the FDA’s most recent notification, it has refused applications for 946,000 flavored e-cigarette products to remain on the market, most of which are created by small businesses. Through the application process, no e-cigarettes have been approved.

The conclusion is self-evident. Small vape businesses will hardly survive a fresh round of American laws